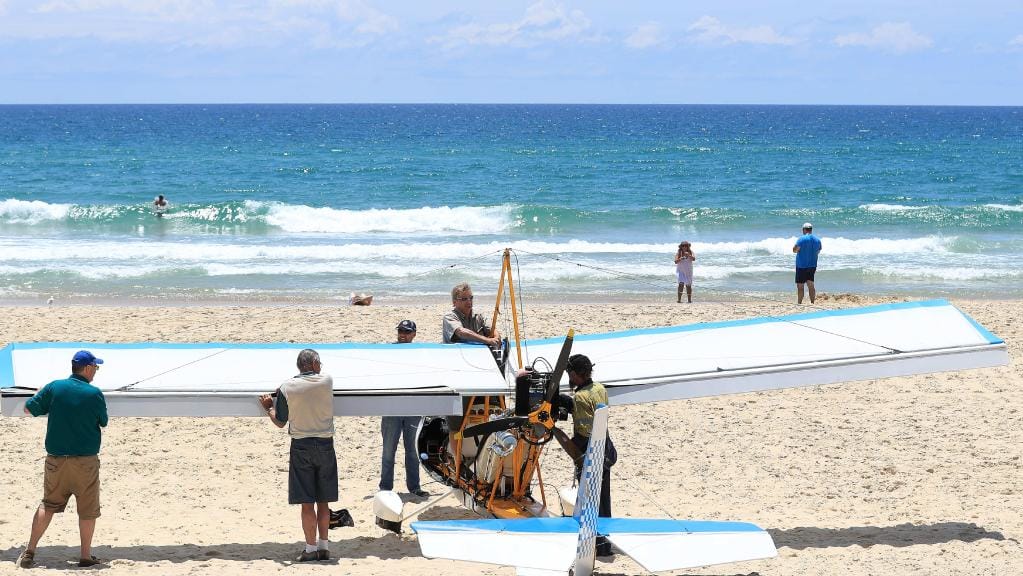 December 23, 2017 By Michael Coates Comments are Off

A PILOT escaped uninjured after he was forced to land his ultralight aircraft on a beach at Surfers Paradise when its engine failed.

Emergency crews were called to Old Burleigh Road about 9.30am after reports a plane had landed on the beach.

The pilot, Mark Waterford, was not injured after successfully landing his Drifter 415 light sports aircraft on a stretch of sand between Northcliffe Surf Life Saving Club and Broadbeach SLSC.

Mr Waterford said he was returning to The Gold Coast Sports Flying Club (GCSFC) at Jacob’s Well after a morning flight along his regular route when the $50,000 twin-seater aircraft’s engine cut out.

“The engine decided to go on holiday — it decided to have a little fit,” he said.

“It’s just one of those things that can happen.

“It was a quicker landing — the soft sand slows you up a little bit.

“You just glide and land it.”

Mr Waterford said police and aviation authorities would interview him and file a report on the incident as part of “normal protocol”.

“It’s just one of those things that can happen, unfortunately,” he said.

“There wasn’t anyone on the beach (where he landed).

“What better place to have to land than on the beach in Surfers Paradise?”

Onlookers said it was fortunate no one was injured. 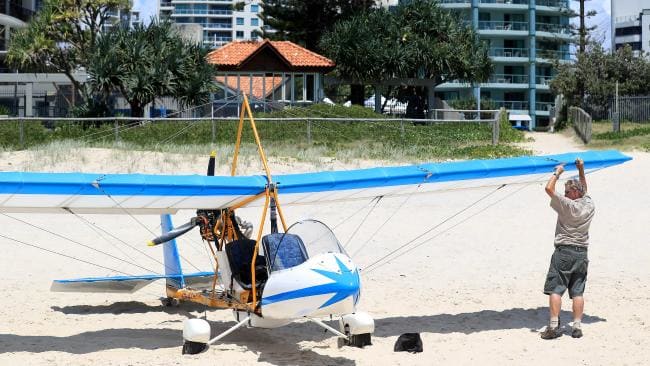 The incident ensured a memorable start to Christmas for hundreds of holiday-makers.

Renae Simons, from Broadbeach, was watching her kids swimming in front Kurrawa Surf Club when she heard the plane’s engine cut out.

“I thought it was going to land in the water,” she said.

“Everyone on the beach and in the water just stopped and looked.

“We didn’t know what to think.”

“A water plane came in really low over the top of the swimmers and the patrol not long after,” one man said.

“We thought it was playing games because it came back and did it again.

“Then a second plane came and did the same thing.”

Another witness said the pilots of the other planes appeared to be checking to make sure the ultralight pilot was OK.

A recreational flying club for aviators from the sport, recreational, private and commercial sectors, the GCSFC has more than 100 members who fly around 70 registered aircraft — from conventional fixed wing singles and light sport aircraft to traditional ultralights and trikes. 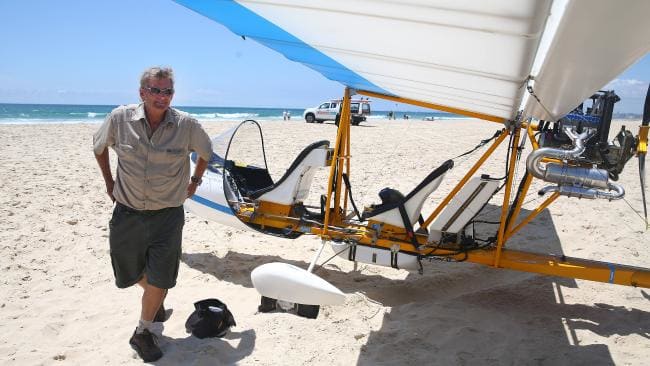 GCSFC members converged on the scene with a 4WD and trailer to help Mr Waterford dismantle his aircraft and take it back to the club.

The group was assisted by lifesavers from Northcliffe, who used their tractor to tow the plane through the soft sand and off the beach.

“The lifesavers from Northcliffe were really great and really helpful,” Mr Waterford said.

“We’ll be getting a more detailed report from the pilot and reviewing it to ensure the engine problem is fixed,” he said.

“There were no injuries and no particular serious damage to the aircraft.”